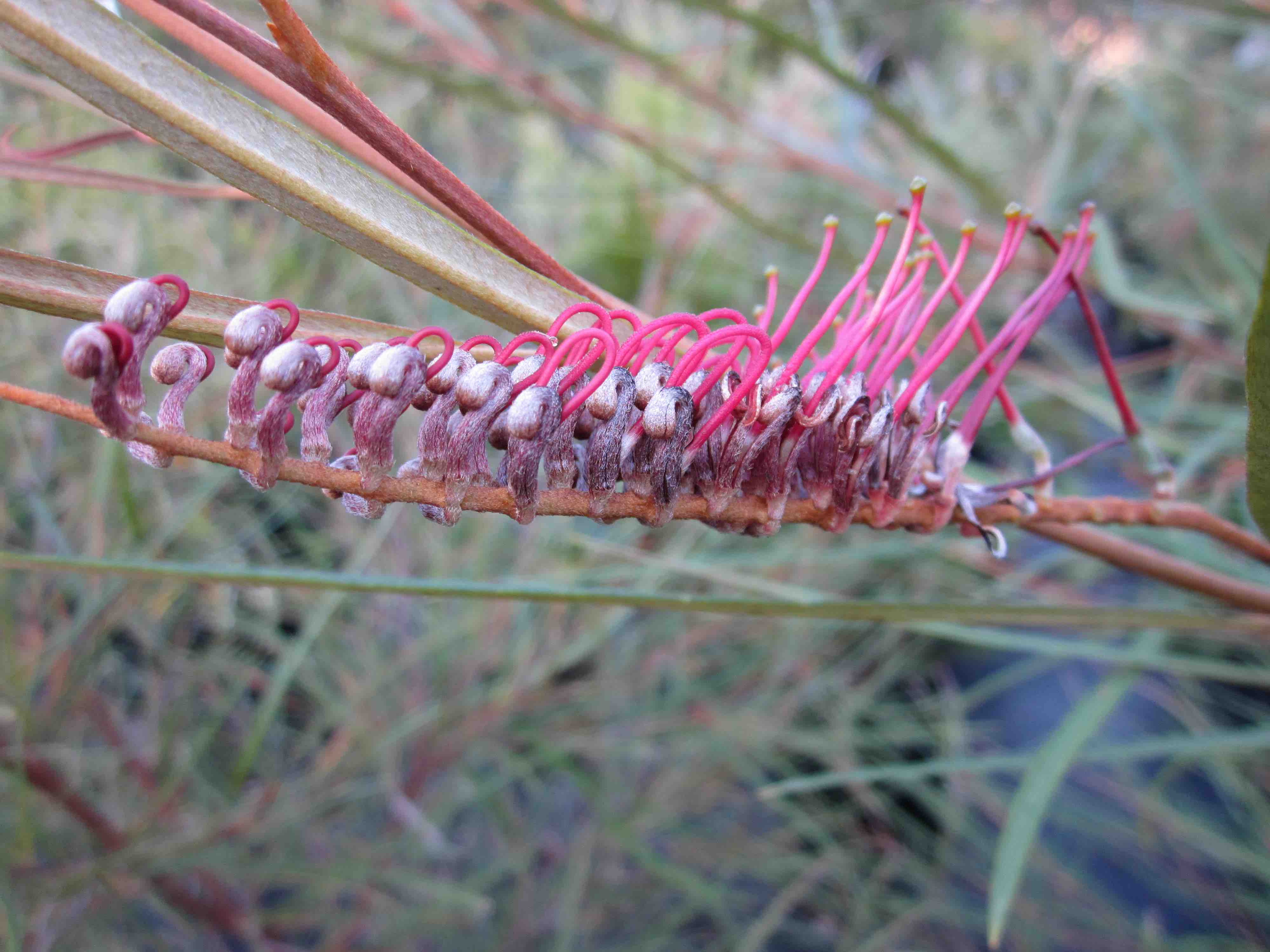 “We grow for diversity, not for volume,” says Jo O'Connell, owner of Australian Native Plants in Casitas Springs.

“We probably have 750-800 species that we grow.  But not all of them at all times.” She says among the most popular native Australian plants ordered by Ojai Valley residents are the Acacia, because they’re fast growing, and the Grevillea which she says are excellent for attracting humming birds. But, in addition to growing for her human clientele, she grows for non-humans too, in venues featuring animals in enclosed ecologically correct habitats. “Zoos want their native animals to have native plants around,” O’Connell says. “You have to know what a kangaroo would like to have.”

O'Connell, with a Bachelors of Applied Sciences in Horticulture from the University of Western Sydney, Australia, has been growing plants from the arid and Mediterranean areas of Australia and South Africa for over 30 years, and it was this line of work that first brought her to the Ojai Valley. “A local environmentalist wanted an Australian garden with bird-attracting flower potential,” she explains, “and I was hired to put in an Australian garden for him. I also work with South African plants, so I worked on both for him.” She returned to Australia to work in outback Queensland on revegetating mined areas and other environmental projects, but two years later, she was back in the Ojai Valley, this time to marry a man she had met her during her first trip, Byron Cox.

Cox owned land in Casitas Springs, and the duo decided to establish a nursery.  “I could see there was a gap in Australian plants in the area,” O’Connell recalls, “and since I’d worked in the zoo industry here, I knew Australian plants would grow really well.  That was the start of my 25 years in the Ojai Valley.”

She and Cox established Australian Native Plants in the early 1990s, and her focus,

whether working with gardens and landscapes for humans or habitats for koala, wallabies and kangaroos, O’Connell has had a particular vision: to provide hardy, drought tolerant vegetation and introduce new, diverse plants for drought affected areas.

Although she propagates most of her own plants, O’Connell and Cox return to Australia at least once a year to procure addition plants they may need.  “I talk to people about seed, I work with a nursery over there, and we bring back plants that will be beneficial for this environment. We’re bringing back Grevillea and Westringia,” she says. “They grow very well here. Also, Callistemon and Melaleuca.”  She also imports Australian seed and tissue-cultured plants, with attention to drought resistance.

“It’s a great thing,” she says. “There’s just been a drought, and here I am already growing plants in the Ojai Valley, right here in this environment. In Casitas Springs we have cold and we have heat, and I can see which plants can handle both kinds of weather.”  She adds that once established, most of these plants require watering only once a month.

“As a local grower, I think it’s an asset for the community to know what will grow here. I’m already growing those plants here. They’ve already adapted.”

In addition to working with the public, O’Connell consults with landscape architects, designers and landscape contractors, and wholesales to other nurseries and California cut flower growers.  Australian Native Plants is open by appointment Monday through Friday, 9:00 a.m. until 5:00 p.m.  Gift certificates are available.